The Gap and the Gain Applied to AI

Note to the reader: This blog article is a collaboration between John Stroud and Jarvis the AI Assistant. The core ideas come from John, and much of the wording from Jarvis.  It serves as an illustration of how “Gain” thinking can be applied to all that we do.

“The Gap and the Gain” is a book about personal development, business success and happiness. Dan Sullivan and Dr. Benjamin Hardy takes us on an inspiring journey that helps explain why so many people are unhappy with their lives and what they can do about. Their insights help guide readers through this difficult process in hopes of making them happy again! (Personally I recommend the Audible version for conversations between Dan and Ben).

In this blog we take this insight and apply it to being a better manager of employees, and as a guide about how to see Artificial Intelligence not as a threat but as a tremendous opportunity.

Talk to high performers, and ask if them if they’re successful. Many people will say they’re not. Maybe they think it is wrong to boast, or perhaps they feel an imposter syndrome, which is doubting your abilities and feeling like a fraud.

Dan Sullivan noticed this phenomena in his Strategic Coach sessions. When asking workshop participants to raise their hands if they considered themselves successful, few hands went up.

Keep in mind that even to be in the workshop the participants had to have already created a business that was making $200k net profit per year, and to be able to afford the fee to register. To their friends and family, these people looked like rock stars.

Yet, they looked at themselves as unsuccessful.

What is interesting about this situation is that everyone in the room had attained a level of success on paper. Yet, they weren’t happy and fulfilled with their life.

Dan Sullivan realized there was something deeper going on here – an emotional difference between what people achieve and how it makes them feel about themselves.

He realized people were making a mistake. They were assessing themselves against the ideal situation.

But what if they started to measure themselves by looking backwards at what they had already accomplished. They have already “Gained” so much.

That change in perspective has an enormous impact on their motivation. They can see what they’ve accomplished, which gives them the confidence to take on even bigger goals going forward.

Changing their mindset made them happier. They realize what they have already achieved gives them a baseline of happiness to build upon. They now know their life isn’t “out to lunch”.

Even so-called “failures” can be understood as gains. The classic example is the speed skater Dan Jansen.

He was a favorite for the gold in speed skating, but he failed to win a race during four Olympics. Something always went wrong. The world watched him with pity and sympathy – even when his competitors tried to console him by saying “There’s always next time”. Jansen wasn’t consoled though because he knew deep down that there might not be another chance.

Then for his last race, one in which he was not the favourite, he focused on all that he had accomplished in career up to that point. The honour of representing his country, all of the joy of time with teammates, and the sheer joy of skating. At that moment, he was in the Gain.

Relaxed, without pressure, Jansen also won the Gold in that last race.

Be A Better People Leader

There are plenty of problems that entrepreneurs face when it comes to finding good talent, the biggest being time. They’re always busy and can’t find somebody who’ll help them with their workload.   They wish they had someone who could help them out but always end up doing most of the tasks by themselves.

How can The Gap and The Gain Help?

As Kate Norton of Vision Spark says, entrepreneurs should be hiring people who share your growth mindset.  These are people who already appreciate the idea of the “Gain” even if they have not read the book.  Hiring people with the same mind-set as you will allow them room to grow and flourish in their work, making everyone more successful overall!

However, it doesn’t need to be this way in order for you or your employees. You should instead focus on how much growth has taken place since joining your company and think about being able measure backwards from their first day at work- what did they accomplish then? Everyone always grows during employment by learning new skills while also becoming better acquainted with existing ones over time through experience.

You might have thought that a negative meeting was inevitable, but it can be turned into one of positivity instead.

Cutting Edge Tech Puts us in the Gain

Artificial intelligence is something that many people are scared of and confused about.  It is one of the greatest advancements in human history. However, many people are worried that it will eliminate jobs and disrupt society as we know it!

Seeing AI as a threat is thinking in the Gap.  It is looking at what AI will be taking away from us, and the harm that it will do.

However, when AI is employed creatively it can help us do our everyday tasks better and with less stress.

Suppose that my goals for the quarter was to become a better blog writer.  This takes practice and dedication.

Wouldn’t it be easier if you had access to a writing coach? One who could give your ideas some helpful feedback and see how they are shaping up. Wouldn’t that help move things along faster, or at least offer more insights into what needs improvement?

Wouldn’t this count as a “win” and put you in the Gain?  Of course it would.

Well instead of hiring someone, you can get all (or to be fair, most) of that with an AI assistant.  For example the Jarvis Content Improver will take a piece of your content and rewrite it to make it more interesting, creative, and engaging.  Simply type in what you want to say and it will give you multiple suggestions on how to say it.  You can even pick the tone of voice – professional, witty or even in the style of someone you like, such as Dr. Ben Hardy, co-author of The Gap and the Gain.

Now think bigger.  Take that content and get it translated to more than 30 different languages with different AI tools.

Not so long ago this type of capability was available only to the largest organizations or governments.  Who else could have afforded to get something translated in 30+ languages?  Now for $30/month anyone can get the copy writing assistant and the 30+ translators at the click of a button.

That is just one example of what AI can do for you.   AI is the future of work and they’re only getting more powerful as time goes on!

With the right mindset, AI is not a threat that puts you in the Gap.  Instead, see AI as putting you in the Gain, as you accomplish things that only a few years ago were unimaginable.

If you would like to learn more about how to get started with AI, book a free consultation. 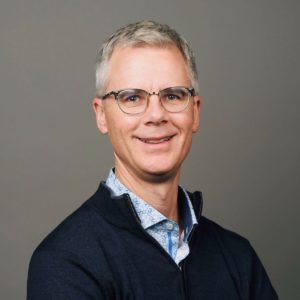 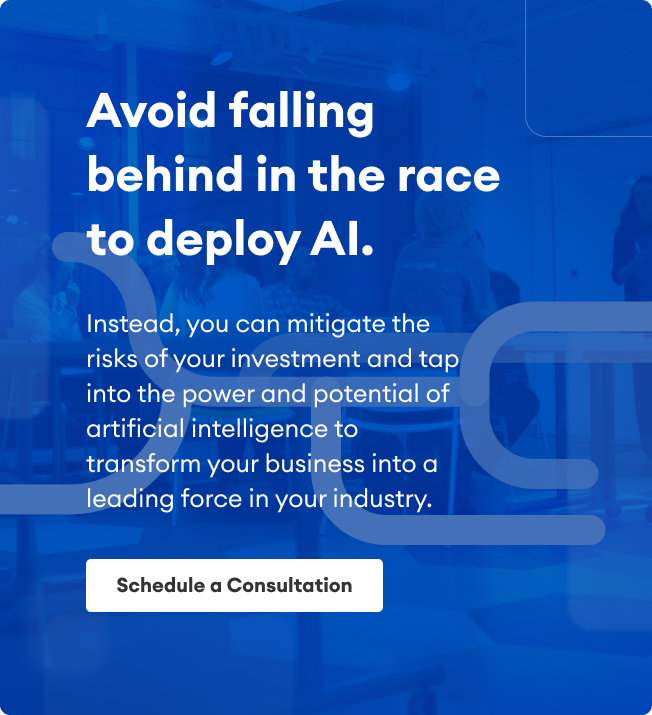 We serve as your independent AI Guides, giving you the leadership and technical expertise to get you an ROI on your AI projects.

Avoid falling behind in the race to deploy AI.

Instead, you can mitigate the risks of your investment and tap into the power and potential of artificial intelligence to transform your business into a leading force in your industry.

Do you wonder about what AI will mean for your business, and whether you should be using it?

Before you spend anything on AI, we believe you should ask 7 critical questions. Access our free guide, where we help you answer these questions for your organization.
Download Now 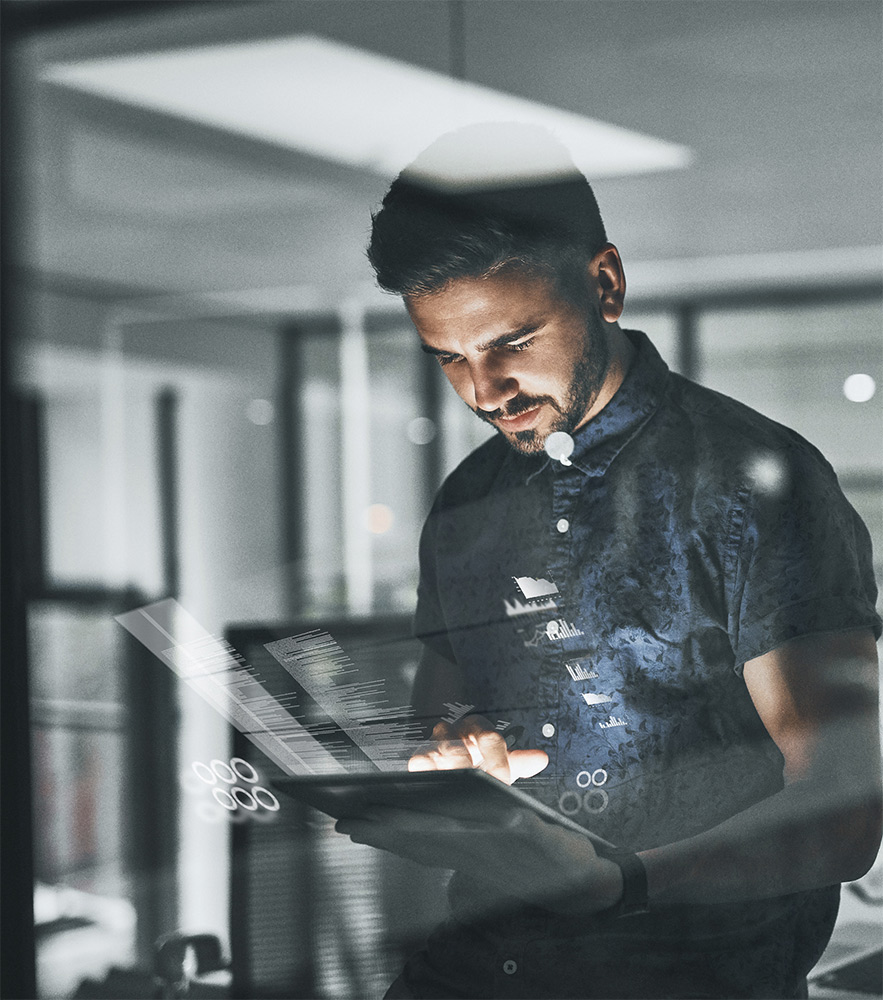